In 24 countries around the world

Today Torre de Núñez is the leading deli company in the Spanish Northwest and one of the largest in all of Spain. But we have always sought to make our products known beyond our borders.

We are currently present in 24 countries around the world. We export 10% of our production to the international market. We have a presence the world over. From Japan to Panama, from the Dominican Republic to Norway, Germany, Cuba, Moldova, etc.

Marketing our brand abroad makes us better and more competitive as a company. We are convinced that we will continue to grow in that area. 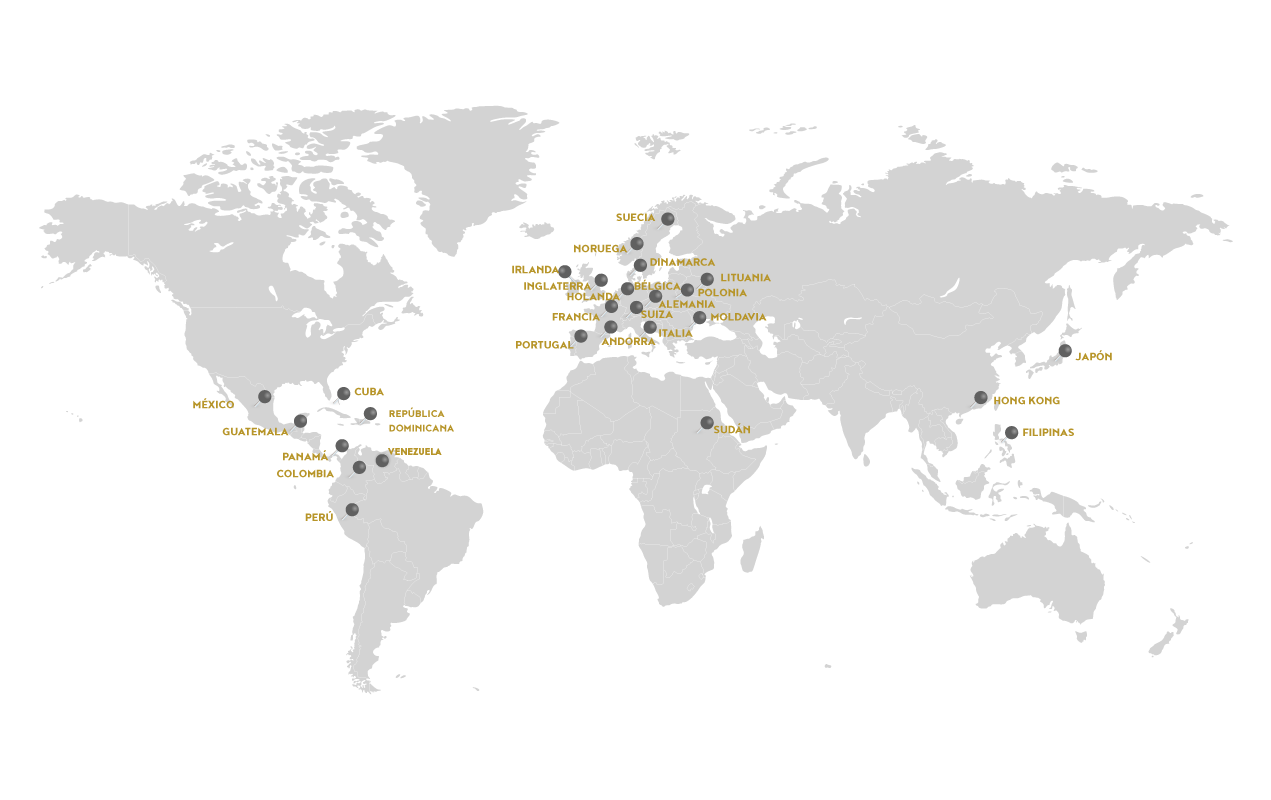 This company takes part in the Plan Foexa 2016-2017. Operation jointly financed by the European Regional Development Fund Operational Programme FEDER Galicia 2014-2020. In support of the internationalisation process, Torre de Núñez de Conturiz S.L.U. has received aid from the regional government of Galicia (the Xunta) through IGAPE to take part in the Galician Exports Promotion Plan (Foexga) 2016-2017, financed jointly by the European Regional Development Fund within the framework of the Operational Programme FEDER Galicia 2014-2020 (TO3) To achieve a more competitive business community. A way of making Europe grow. The primary goal of the Foexga Plan is to encourage and stimulate Galician foreign trade and the internationalisation of Galician SMEs. The expected result is to increase the base of exporting companies and consolidate the presence of Galician companies on the international markets.

Project: Development of catalogues, participation in international trade fairs and a landing page adapted to the corporate image of the Torre de Núñez company, considering the different markets addressed, primarily in the area of England. To achieve that, the development must be in English, adapting it to the language of the target country.

The objectives and results achieved were to give the company an internet presence and reinforce the brand internationally, as well as to provide commercial support to increase sales through a new channel, leading to a larger customer portfolio and loyalty among current customers.
A 1-month contest dynamic is planned in which user must register on a form to obtain a DB of potential customers, scope and brand relevance. The drawing is established through the landing page, following the corporate image of the brand implemented on the English version of the website to divert traffic and obtain support for the social dynamic.

Resolution of concession of Conturiz aid

The purpose of the planned investments included in this project is to increase the competitiveness of the company through a series of investments in adapting spaces in the dispatching plant (packaging area and changing rooms), new facilities and equipment that enable an overall improvement in the quality of the products manufactured, a reduction in processing times and guaranteed safety for workers conducting those tasks.

Torre de Núñez de Conturiz SL has a ham drying plant on plots 30 and 31 at the O Corgo Industrial Estate with a production capacity of 140,000pieces/year, distributed according to attached plans.

To cover the growing demand for cured ham, the plan is to increase the current production capacity. The new investment project consists of turning 4 storage rooms into 7 drying units at the current drying plan, while at the same time purchasing an adjacent 3,770 sq. m plot to build a new 3,484 sq. m plant in which to relocate the 4 storage rooms indicated in the current plant and build 4 new storage rooms for a total of 8 storage rooms at the new warehouse capable of completing the final curing stage of the full production run.

“Conditioning of the upper floor of the hams drying warehouse, allocating it to carry out the final phase of the curing of ham, providing it with a natural cellar and boning room. The surface to be conditioned is 3483.84m2

In support of the company’s internationalisation process, Torre de Núñez was granted aid by the regional government of Galicia (the Xunta) through Igape to hire a manager, under the Igape Call for Aid for hiring internationalisation managers, financed jointly by the European Social fund within the framework of the operational programme EFS Galicia 2014-2020, included in thematic objective 08 to achieve training and quality employment.

The purpose of this aid is to facilitate the acquisition of professional skills in the area of internationalisation and joining or returning to the job market, while also supporting Galician SMEs in their internationalisation process. The expected result is to have the professionals remain hired after their participation in the programme, in the same company or in other agencies through the practical experience received.

You can find out more about which cookies we are using or switch them off in settings.

This website uses cookies so that we can provide you with the best user experience possible. Cookie information is stored in your browser and performs functions such as recognising you when you return to our website and helping our team to understand which sections of the website you find most interesting and useful.

Strictly Necessary Cookie should be enabled at all times so that we can save your preferences for cookie settings.

If you disable this cookie, we will not be able to save your preferences. This means that every time you visit this website you will need to enable or disable cookies again.